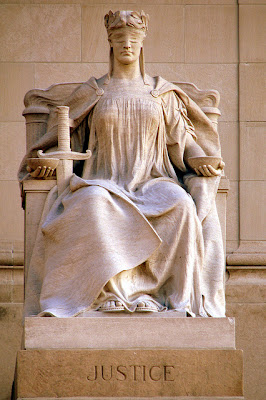 "I want to throw the whole of my weight (such as it is) in the scales of justice, pure and simple."
-Gandhi


Leadership comes through cooperation, not competition

"Trying to be the leader" puts you in a mode of competition, looking to defeat others.  "My success is dependent upon your failure."  It is a mindset where I cannot walk in front of the parade if you are walking in front of the parade.  Your focus becomes defeating others rather than serving others.  You put your personal success over the success of the group.


So ask yourself, would you follow the vision of a person more invested in their own personal success than the success of the group or the cause?

We have to recognize that competition is the default paradigm in America, not cooperation.  Competition is also choice.  We can choose cooperation over competition.  Alfie Kohn's book, "No Contest: The Case Against Competition," argues that cooperation produces superior results not merely for survival, but also in sports, education, human relations and many more areas.  If we base our society on the premise of making someone else lose, we cannot possibly achieve loftier goals like King's dream of being judged by the content of our character rather than the color of our skin.  In competition, we are invested in someone else losing.  So, regardless of the situation, we will replace the defeating color-based bigotry of the past with immigration status, educational achievement, sexual preference, religious identity, political affiliation, or socio-economic status.  And when those are no longer socially acceptable, we will find another label to defeat people because that is the soul of competition.  Defeat, defeat, defeat.  And when we follow this path, there is only one end... defeat.

We must develop a new default paradigm in America: cooperation.  Throw out the idea of "climbing the ladder to success," corporate or otherwise.  It is yet another competitive model like "if you are not part of the solution, you are part of the problem."  These are all competitive models that defeat community.

I propose a new model.  The scales of justice.  And not the impartial balance of a scale with chains.  It is the human scale pictured above at the Shelby Courthouse in Tennessee with the balance of justice firmly placed in human hands.  In one hand, we place the colossal weight of injustice; the unjust systems, laws and structures we have built that demoralize, defeat and dehumanize each other.  On the other side, people actively working toward justice.  It is not enough to have people who simply believe in justice.  Belief without action carries no weight on this scale.  The greater the actions, the greater the weight.  There are no persons to defeat.  There are only people who have not yet enlisted in committing the whole of their being onto the side of justice.

But isn't that effort itself competitive against injustice?  There is still a direction we travel, but we travel it together.  There is still a path we follow but we seek progress together.  Justice is created and we create it together.  The inherent worth and dignity of every person stands validated in the struggle for justice.  We must dismantle the unjust systems we have created and replace them with empowering, community-created systems where justice thrives.

Gandhi called it Satyagraha.  The insistence on justice.  The insistence on truth.  It was truth force.  Soul force.  Love in action, as Thich Nhat Hanh titled a book on the subject.  When we create injustice, it is our duty to recognize it and cooperatively restore the incredible, immeasurable and necessary imbalance in the universe known as justice.  It is right-bending of the moral arc.  The moral arc is not impartial, nor is it straight.  It bends toward justice, as King reminded us of the words of the Rev. Theodore Parker.  Our world is governed by love and the outward expression of that is justice.

So who is the leader?  It is the cooperative servant; the gravity that pulls community together in the harmonious orbit of justice.  It is the insistence on love and community so strong that it cannot be broken any more than the earth can stop orbiting the sun.